The Mother Mary Lange School is the first new Catholic elementary school to open in Baltimore in 60 years. 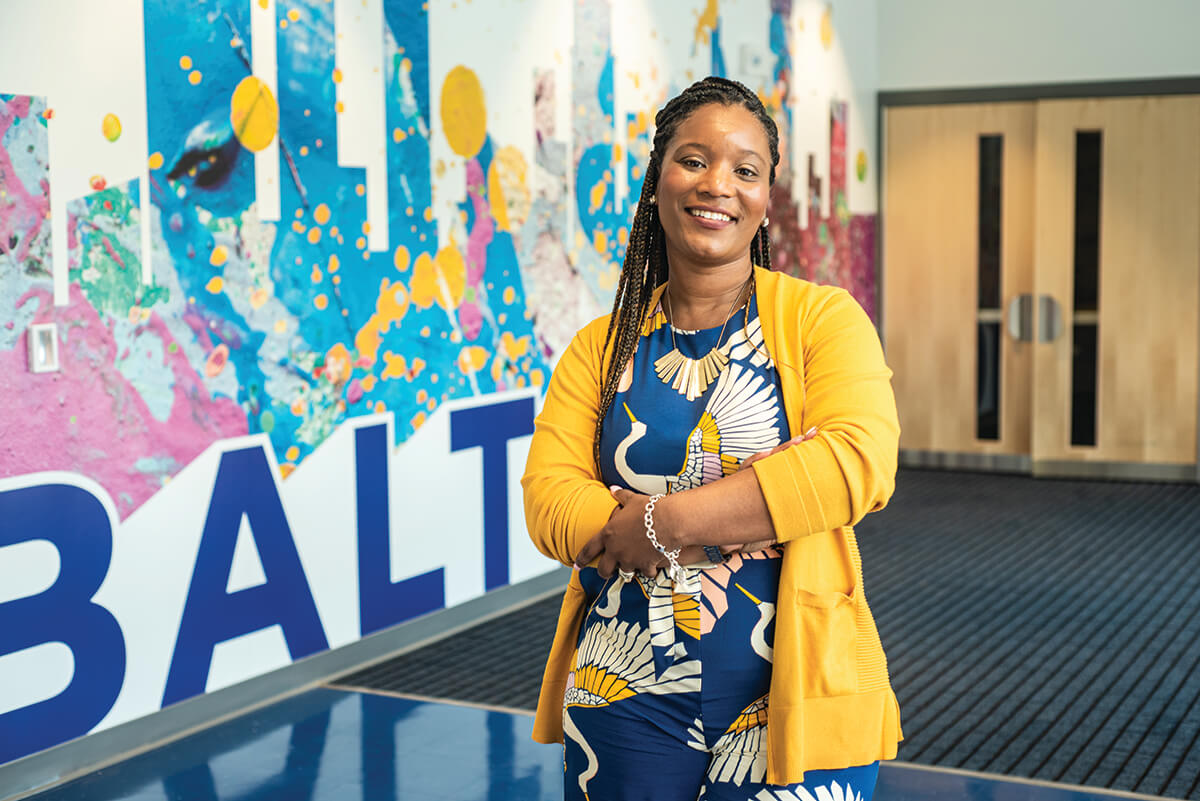 When the last new Catholic elementary school opened in Baltimore City, Dwight D. Eisenhower was president, Chubby Checker was doing The Twist, Ben-Hur won Best Motion Picture, and everyone was reading the just published To Kill a Mockingbird. The date was Sept. 12, 1960, and the School of the Cathedral of Mary Our Queen off North Charles Street in Wyndhurst welcomed students to a freshly minted building on a soggy day as Hurricane Donna swept up the East Coast.
At the time, Roman Catholic schools in the city and surrounding counties were burgeoning with young Baby Boomer students, who sat ramrod at wooden desks with hands folded, while black-clad religious nuns patrolled the aisles, wielding yardsticks, thick rosary beads, catechism, and the ABCs.
But starting in the mid-1960s, a number of these women in white wimples began departing the church nationwide for secular lives, leaving many classrooms without low-wage teachers. As a result, school costs went up when lay teachers were hired to replace the nuns. At the same time, city churches were losing parishioners, and revenue, as more people moved to the suburbs and church attendance declined during the social upheaval of the decade, creating a loss of students. Not only was there was no need for new school construction, many existing Catholic schools in the Baltimore region closed or were combined to save money.
Until 2016, that is. That was when James B. Sellinger, chancellor of education for the Archdiocese of Baltimore, presented the results of an 18-month study on school needs to the archdiocese that proposed opening two new Catholic schools for students in pre-school through eighth grade on the west and east sides of Baltimore.
“We looked at where students were coming from,” he says. “We picked West Baltimore because, one, it’s good for the revitalization of West Baltimore, and two, we have room for growth.”
While the east-side school was put on hold, plans moved forward for a 65,000-square-foot, approximately $25-million facility to be constructed on Martin Luther King Jr. Boulevard in the Poppleton neighborhood. It would eventually be called Mother Mary Lange Catholic School in honor of the Haitian-born Cuban woman of African descent who came to Baltimore in the early 1800s, founded the Oblate Sisters of Providence, an order of African-American nuns, and opened what would become the oldest continuously operating predominantly African-American Catholic high school in the United States.
The school was originally called the Oblate School for Colored Girls before becoming St. Frances School for Colored Girls and eventually St. Frances Academy, a co-ed high school, now located on East Chase Street between Fallsway and Greenmount Avenue. The school was named after St. Frances of Rome, a 15th-century Italian woman who ministered to the poor and sick, but historians aren’t sure why Lange and the Oblates picked that particular saint, says Sharon Knecht, archivist at the Arbutus-based Oblate Sisters of Providence.
Lange, who died in 1882, is also in line to become a modern-day saint, a designation bestowed on people whom the Catholic church determines have lived heroic, virtuous lives. To date, there are no Black saints from the United States.
“Mother Lange was courageous, and she was righteous,” says Ralph E. Moore Jr., a longtime community activist in Baltimore who supported naming the school after her. “She was about education and teaching these children to read, so they could learn about God. She didn’t care if it was popular or life-threatening.” Lange tutored her charges at a time when it was risky to teach Black people in Maryland to read and write. In several other states, anti-literacy laws made it illegal, resulting in prison time and other punishments for offenders.
Initially, the new school was on track to be named after the late Cardinal William Keeler, the former Archbishop of Baltimore. But in 2018, a Pennsylvania grand-jury report found that Keeler, who had been a bishop in Harrisburg, Pennsylvania, was involved in covering up sexual abuse in the church. In light of the findings, the archdiocese decided not to name the school after him. Current Baltimore Archbishop William E. Lori declared that the revelation was “a cause for anger, disillusion, and pain among many in our church.”
Moore, who attended Baltimore Catholic schools, advocated for naming the school after Lange for several reasons, including that he supported her work and was taught by the Oblate Sisters in his early years. “I consider her the patron saint of literacy in the country,” he says. “She educated people who were clearly at a disadvantage.”

“IT IS A STRONG STATEMENT TO THE BLACK CATHOLICS IN BALTIMORE AND ACROSS THE COUNTRY.”

“TO BE HONEST, IN THE WORLD TODAY, A LITTLE RELIGION IN SCHOOL ISN’T A BAD IDEA.”

Currently, the archdiocese—which includes Baltimore City and Allegany, Anne Arundel, Baltimore, Carroll, Frederick, Harford, Howard, and Washington counties—has 35 elementary schools for pre-K through eighth grade and six high schools.
At Mother Mary Lange, students are encouraged to participate in the religious services, but do not have to receive Communion, says Fiddler, the advancement director. They cannot opt out of Mass or other religious gatherings. During the enrollment process, families are made aware of the school’s mission. “We make sure our values align,” Fiddler says.
For parents, the school’s focus on religious instruction meshes with their own goals for their children. “I believe [it] will give them a sense of structure to know how to pray and grow spiritually,” says Clark, who is not a Catholic and attends a non-denominational church.
English, who is also not a Catholic, concurs. “To be honest, in the world today, a little religion in school isn’t a bad idea,” she says. “So I’m all for it and excited about what’s to come with the new curriculum.”
Throughout the school, graphics of the Baltimore skyline are scattered on the walls to instill pride in the city, and the windows overlook the University of Maryland Medical Center and the University of Maryland BioPark to remind students of what they can achieve.
“We want our students to understand that when they leave Mother Mary Lange their options are not limited,” Jordan says. “They can go to wonderful Catholic high schools and eventually to college. Mother Mary Lange is a step for their future.”
Ronetta Ward is already looking ahead to her son Damon’s life when he finishes eighth grade. “After graduation, he will definitely have opportunities for success and have greater self-esteem,” she says. “Mother Mary Lange is an environment that inspires, ‘I can do it. I can do it.’”
Sr. Rita Michelle participated in a retreat at the school this summer for incoming seventh and eighth graders. “I was able to shoot a basketball in the gym,” the nun says, quipping, “I guess I christened the school.”
She thinks the school’s name and location on Martin Luther King Jr. Boulevard are related. “It’s such a connection,” she says. “Martin Luther King Jr. and Mother Mary Lange are working it together.”
In the meantime, principal Jordan is overseeing last-minute construction issues, teacher hires, and forming family and business partnerships while anticipating the students’ arrival.
“I’m just waiting for school to start, so I can have my children in here,” she says. “And we can have a great year.”